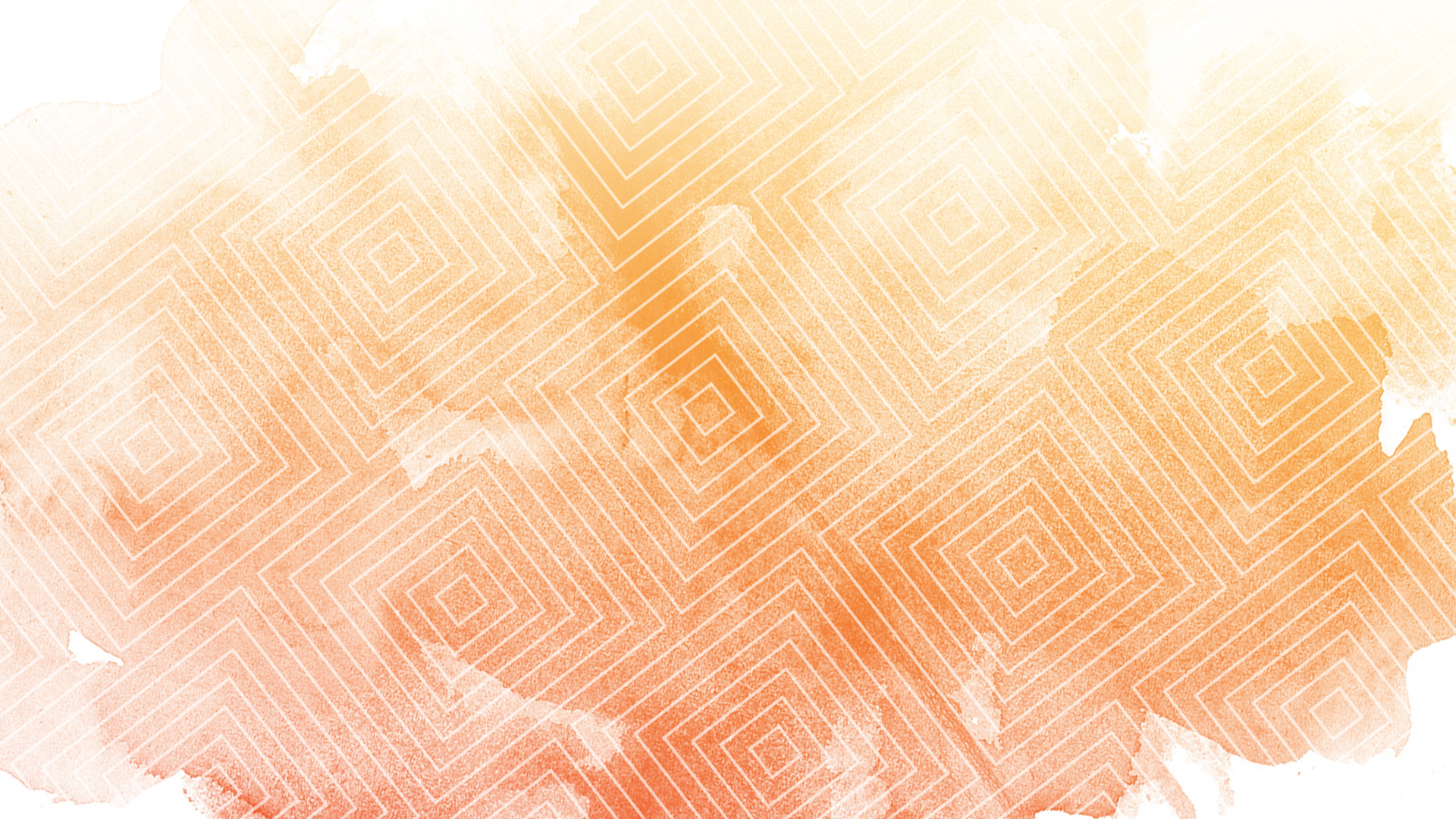 Archbishop Moeller appointed Fr. John G. Stein to establish a parish in College Hill, paving the way for St. Clare Parish. The first Mass was celebrated on October 3, 1909 at Town Hall with 125 in attendance. Cedar Avenue property was purchased to build a new church.

The white frame church capped by a modest steeple was dedicated by Monsignor John B. Murray, vicar general of the archdiocese on May 29, 1910. Dedication of College Hill’s first Catholic Church was an occasion of high celebration. Nearly 2,000 people attended the ceremony marked by a parade prior to the ceremony despite heavy rain. Archbishop Moeller proposed the name of St. Clare for the College Hill parish.

Growth of the parish was steady and establishment of a parish school and building of a permanent church were foremost in the minds of the pastor and the people. Five years later there were more than 200 families belonging to St. Clare Parish with a total of more than 1000 members. St. Clare Parish School formally opened September 9, 1912. The Oldenburg Franciscan Sisters greeted nearly 50 pupils for classes held in the Sisters’ residence and the temporary church. With the school launched and property acquired, attentions turned to plans for a permanent building to serve as church and school. The result was a brick and stone structure where Mass was first celebrated on October 3, 1915.

On January 30, 1930, Fr. Diener called a “congregational meeting” at which a proposal to build a rectory and a new church “was approved unanimously.” Work began promptly with the basement completed in August 1930. With the Great Depression, the plans for the main body of the church were set aside. The basement was roofed and the first Sunday Masses in the new church were celebrated August 10, 1930. The parish continued to grow to 1016 families. 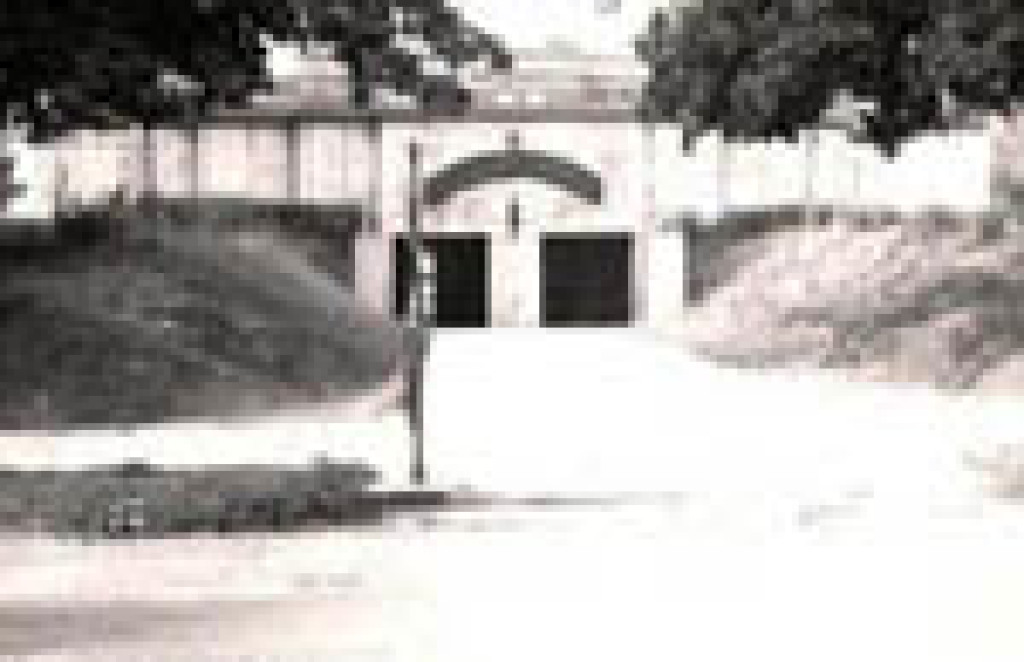 School enrollment was at 475 students following the four room addition to the school building. Construction of the convent was completed in 1967.

In 1986, Fr. Bob Hater came to reside in the rectory and became a part of the parish family. In the late 1980s, the sanctuary of the church was renovated, including removal of the communion rail and elevation of the altar. A new organ was purchased and the choir moved from the choir loft to the left wing of church. The St. Clare Friary was born as four Franciscans took up residence in the former convent. This relationship continues today. 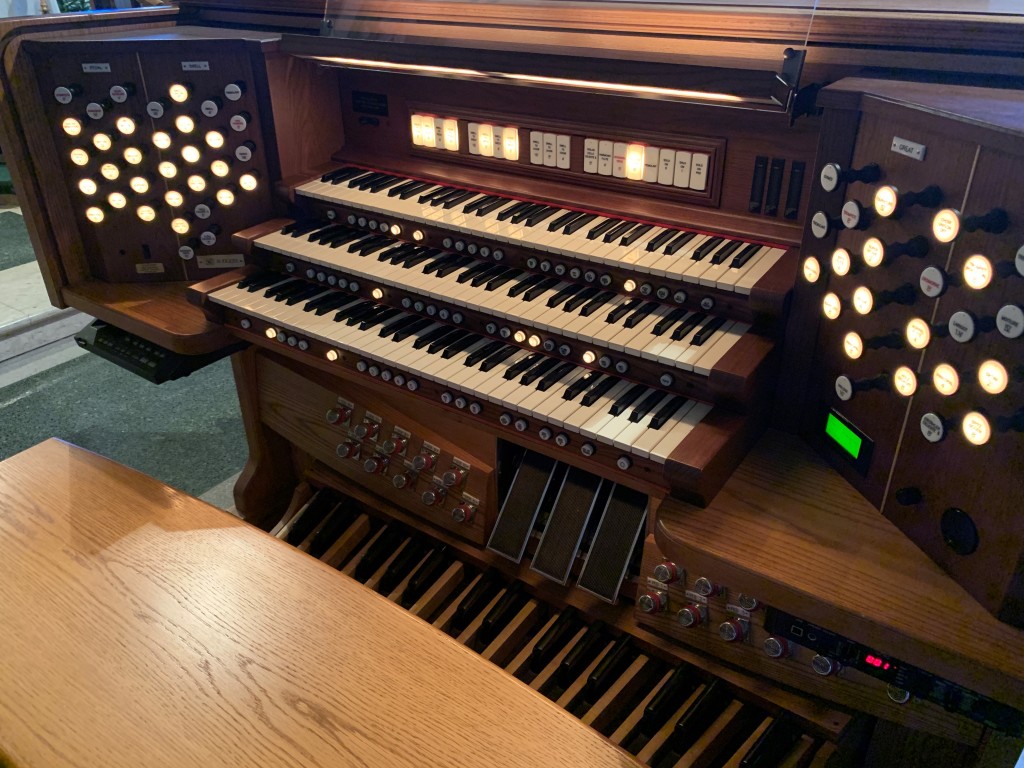 Groundbreaking for the long awaited Parish Center was held October 9, 2005. In 2006, St. Clare School joined St. Bartholomew Consolidated School. The school welcomed children from St. Bartholomew Church, St. Clare Church, Our Lady of the Rosary Church, St. John Neumann Church and Corpus Christi Church. In 2008, the school received the new name of John Paul II Catholic School. 2009 was filled with Centennial celebrations highlighted with a Mass, parade and luncheon. Fr. George Jacquemin, pastor since July 1998, is quoted: “As we celebrate our centennial this year, we look back to our past with pride, our present with gratitude, and our future with hope, as we commit ourselves to our mission of, ‘Building God’s Kingdom: United in Faith, Alive in the Spirit.’ ” 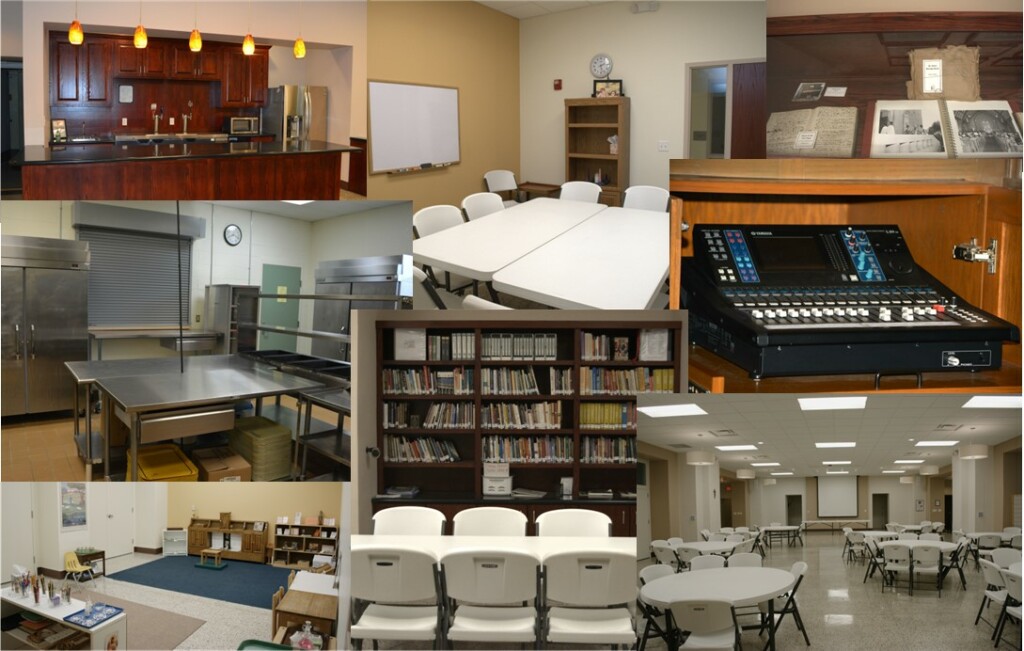 A Capital Campaign in 2014 led to several updates and renovations to the St. Clare campus. The Church received a new sound system with speakers, new A/C units, and a larger vestibule restroom. The renovation also included 4 new meeting rooms in the undercroft, a dedicated history wall, a serving bar with kegerator and ice machine, and an overall update of the Conference room and Parish Center kitchen. The Fish Fry then moved to the Parish Center after its kitchen was updated. The 2018 Homecoming Evening for Excellence returned to the Parish Center after several years at Clovernook Country Club. Fr. Bob Hater’s 60th Ordination Anniversary was celebrated in 2019.

Since March 2020 to the present, we have been in a world wide pandemic of COVID-19. The Catholic Churches then closed for several months and has been a slow recovery and comeback. Lots of meetings and events were cancelled or held via Zoom. The parish celebrated the 50th Ordination Anniversary of our pastor, Fr. George Jacquemin, in June of 2022. July 2022 brought us into Beacons of Light, welcoming a new Pastor, Fr. Andrew Umberg and a new Parochial Vicar, Fr. Ronald Haft. Fr. George’s title has changed to Parochial Vicar, but he has remained with the S-7 Family of Parishes. 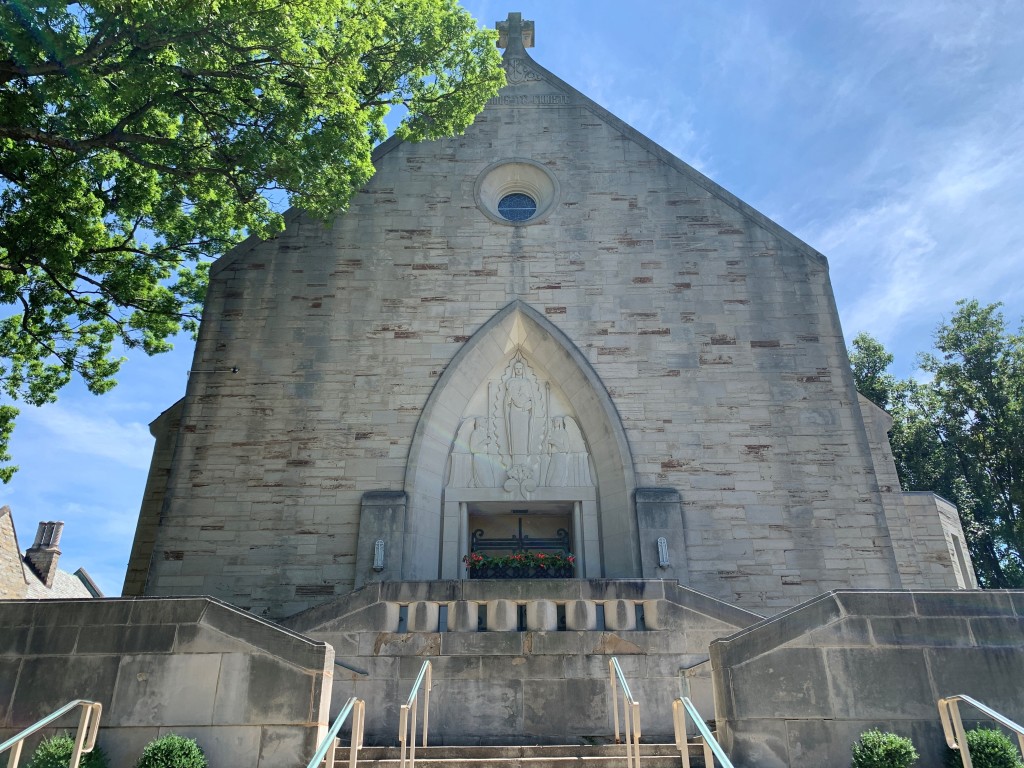 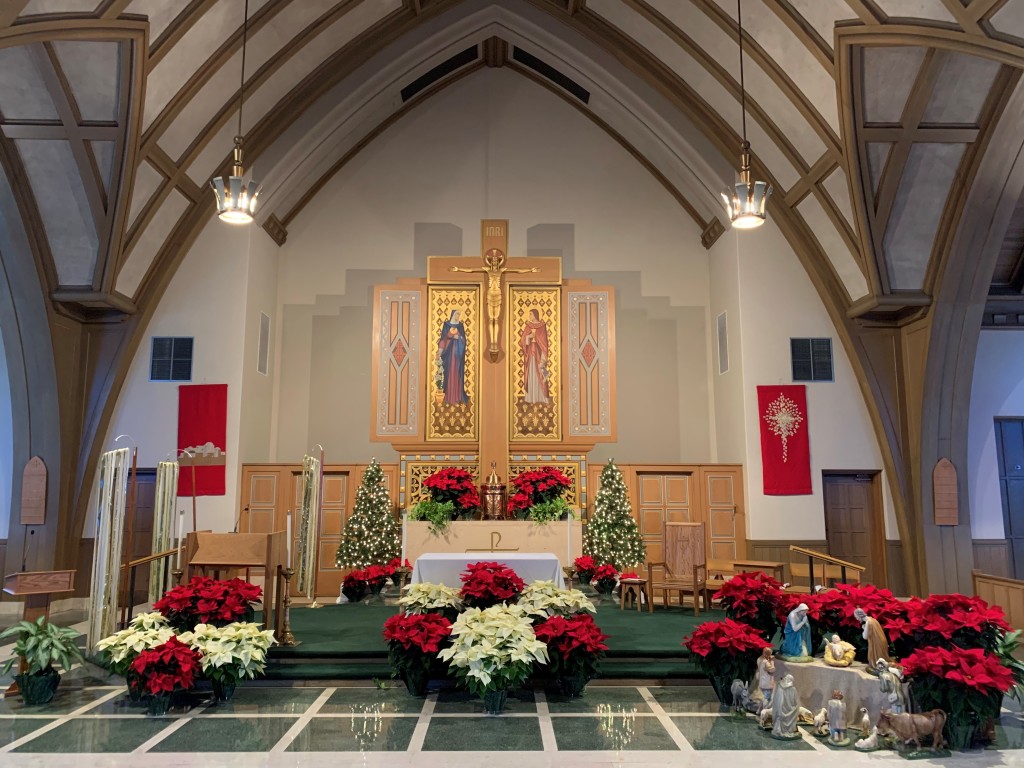 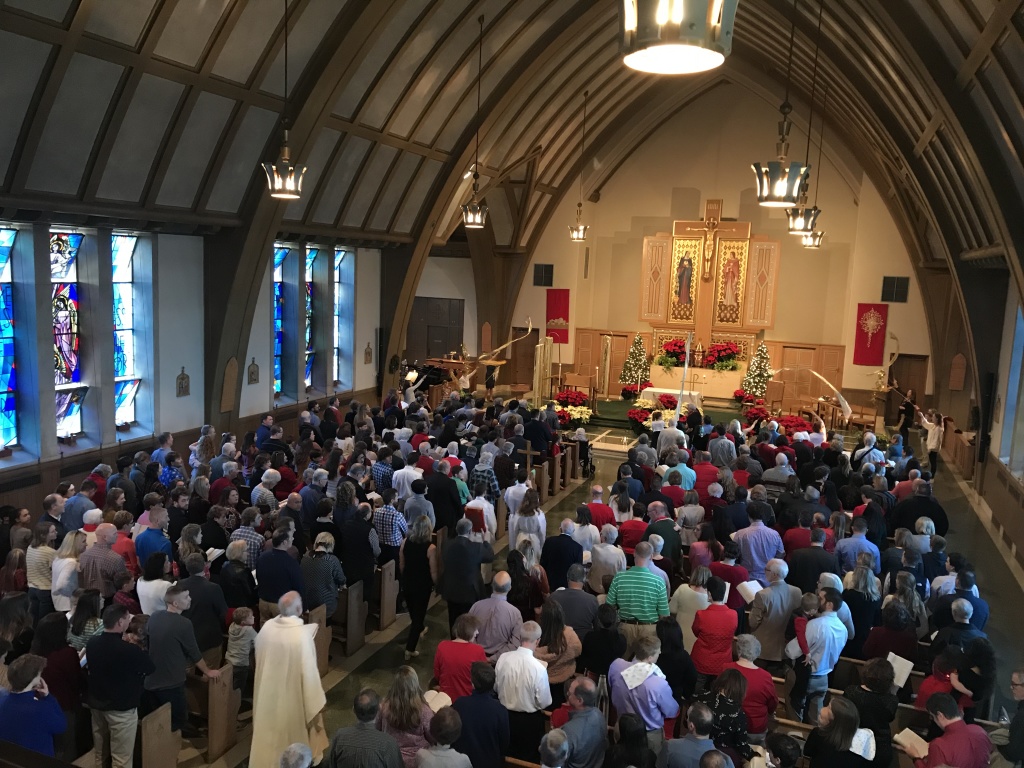